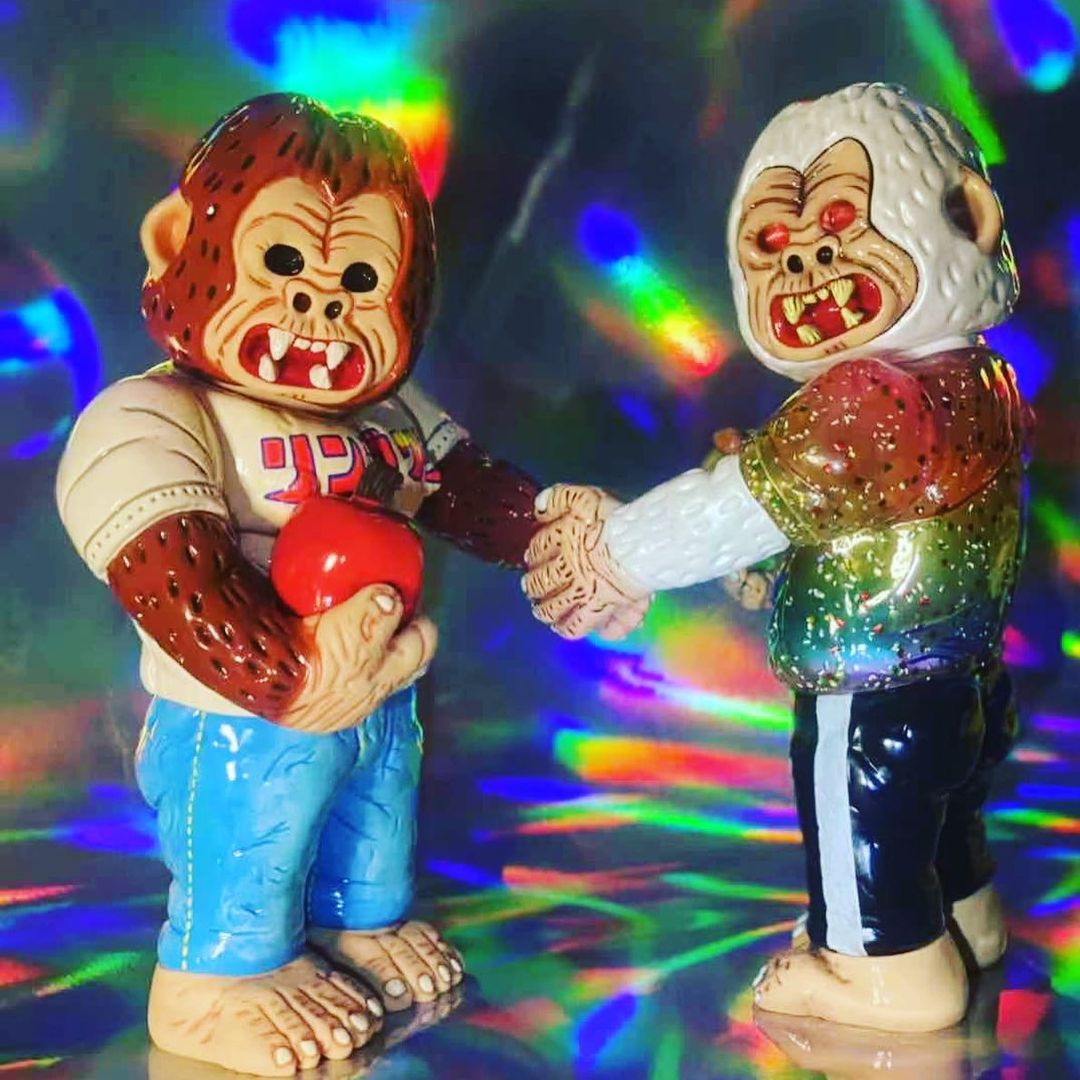 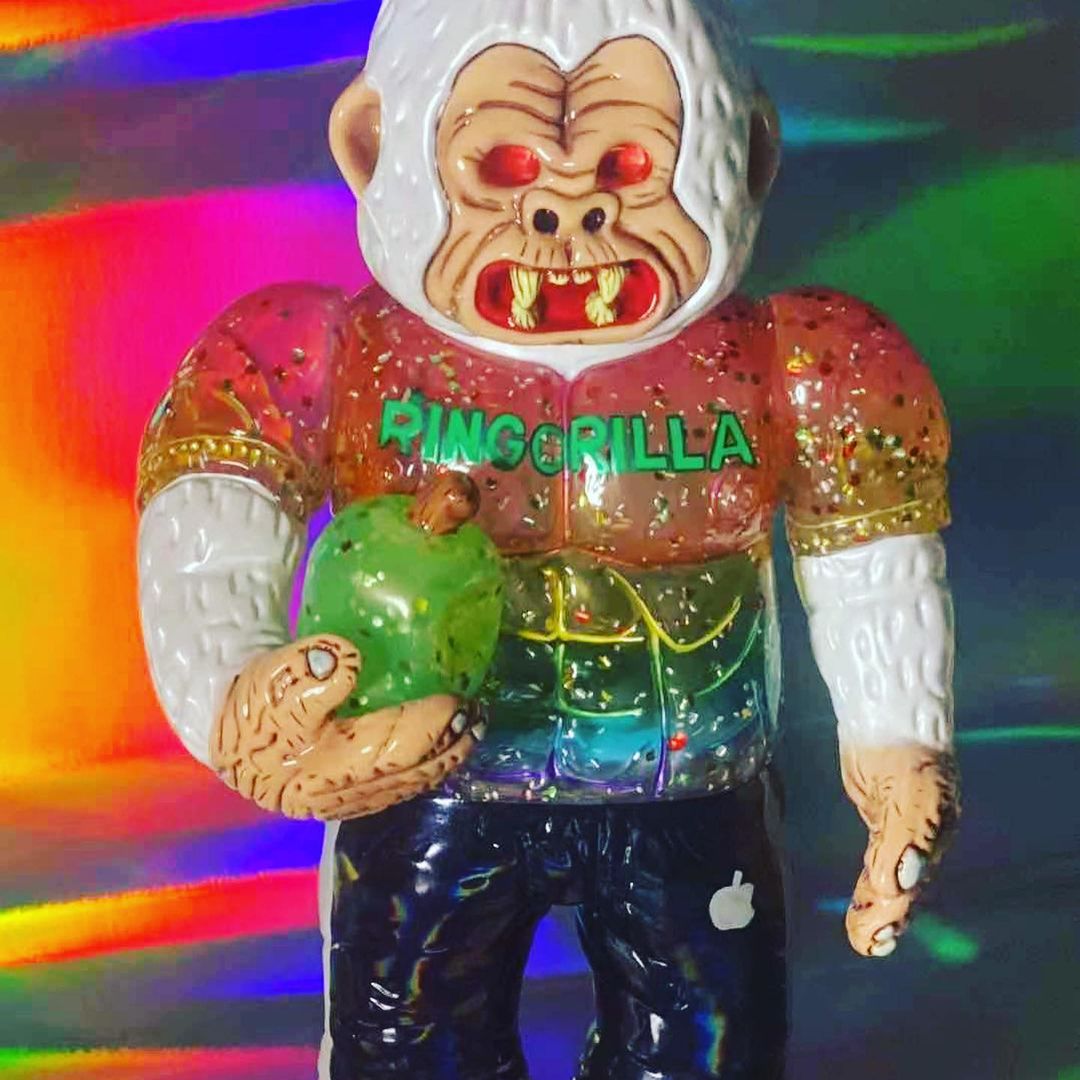 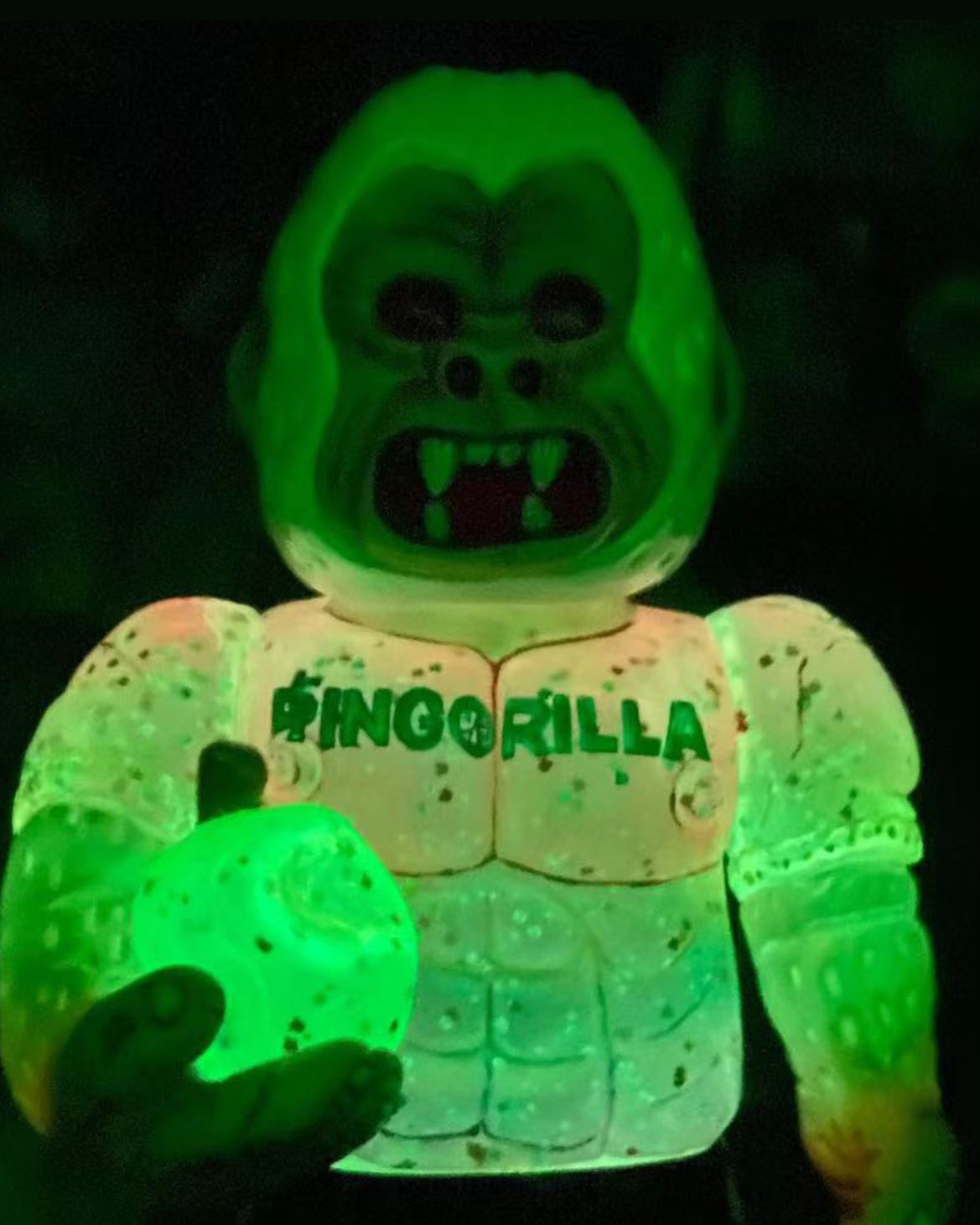 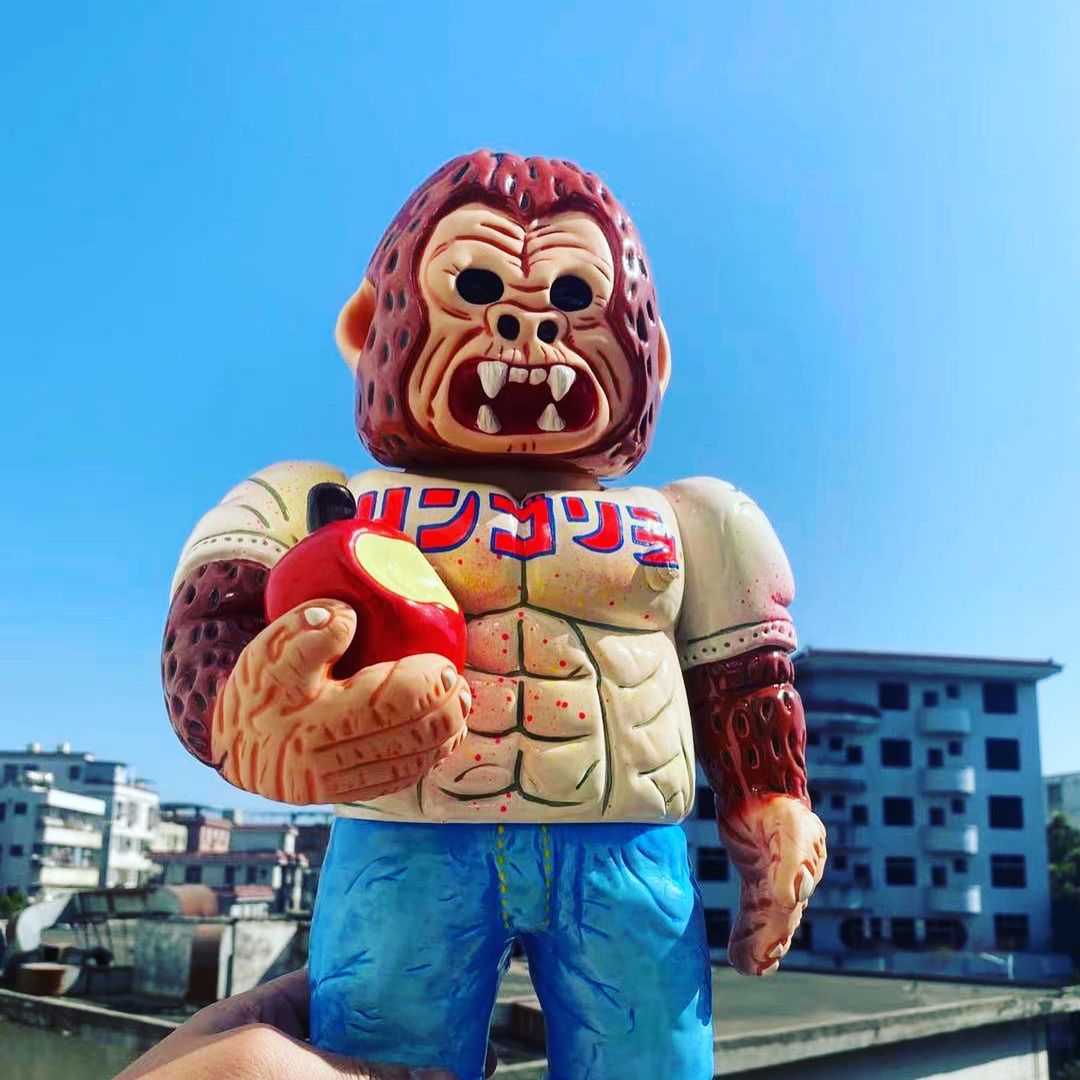 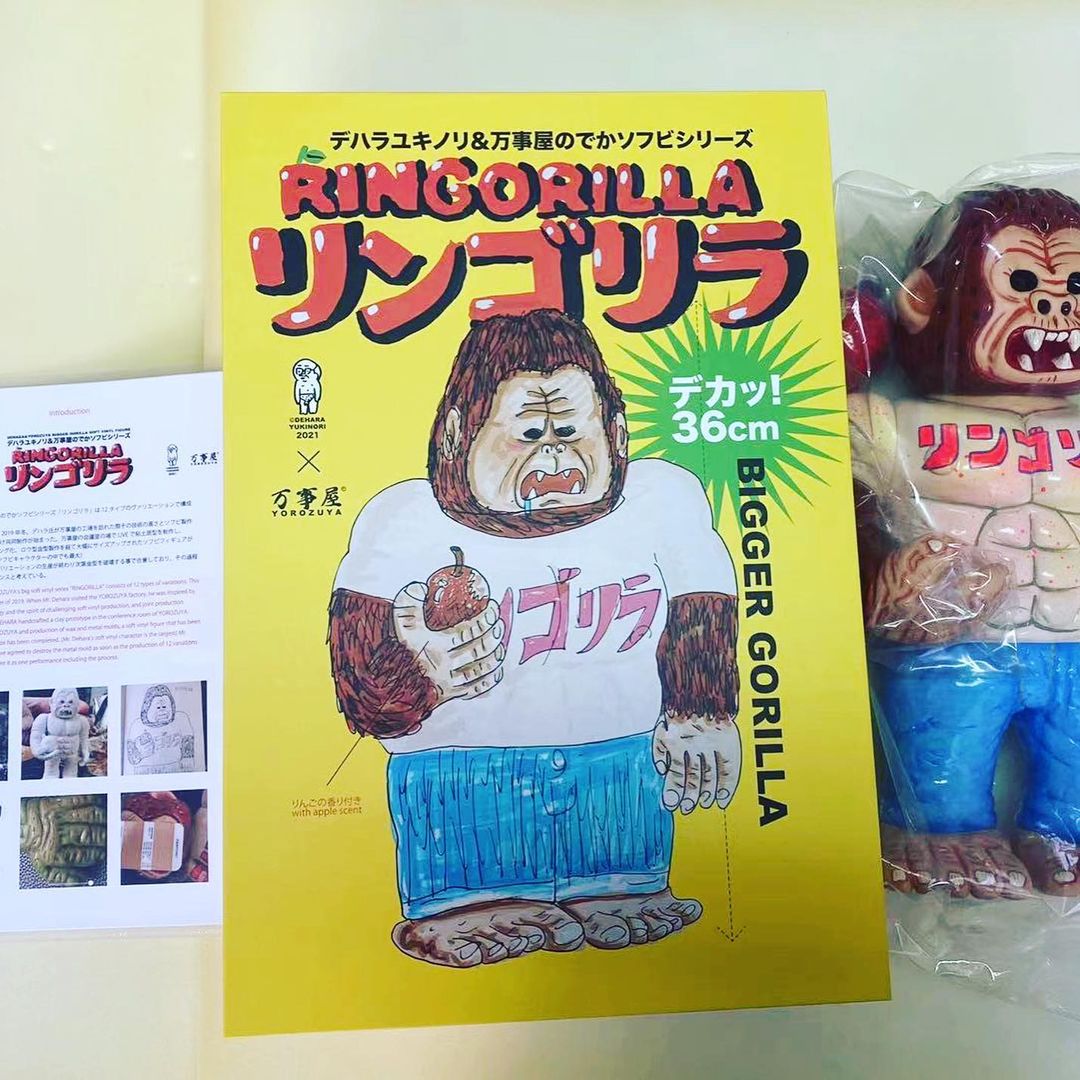 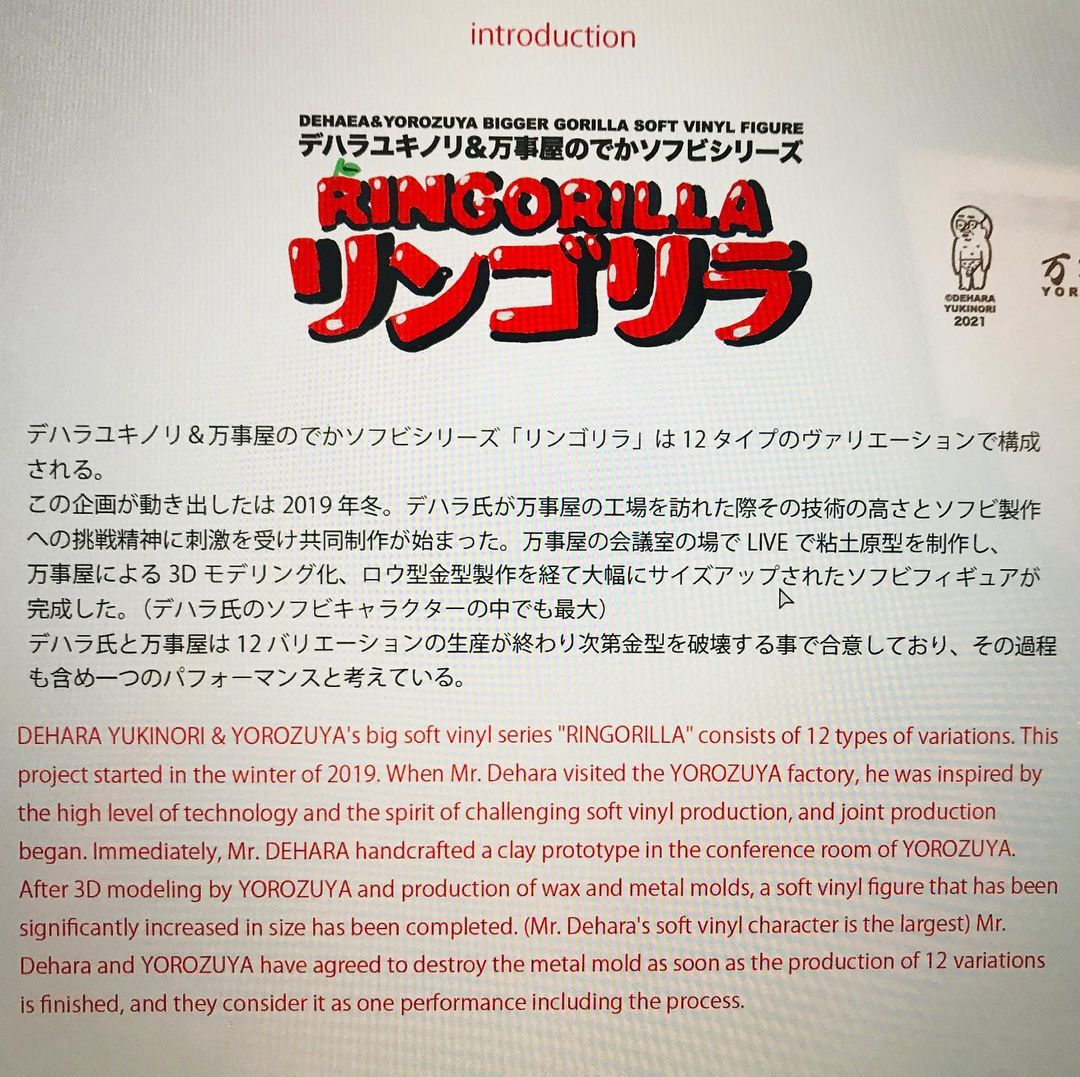 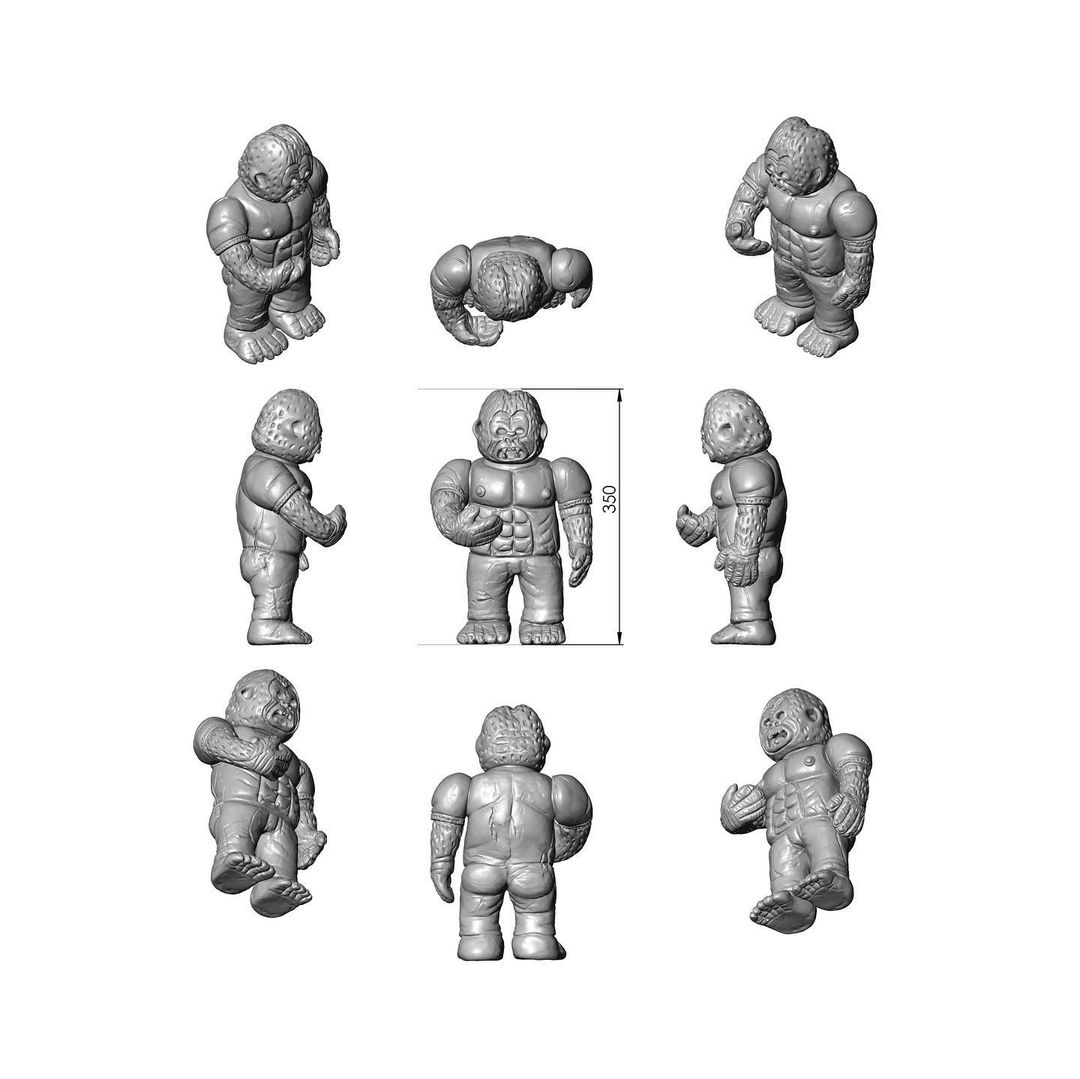 7/7
Previous Next
By: Jack Muramatsu
Incoming

Holy big ape! Japanese artist Dehara Yukinori’s Ringorilla sofubi art toy is ready to roar. Over 14″ tall, Ringorilla is a mix of fierce fun with an apple in his mighty hand. A collaboration with Yorozuya, the figure was originally sculpted by Dehara in clay and then sculpted digitally into a 3D model. Ringorilla is the artist’s largest vinyl toy so far.

NTWRK will release an exclusive GID Ringorilla (Edition of 15) as part of its ‘Unboxed’ designer toy festival (2.13 – 2.14). The exclusive features a rainbow glitter design with GID torso, apple and white fur. Speaking of apples, Dehara has added a shout-out to a high-tech ‘fruit’ company.

Based on Dehara’s brief announcement, it sounds like his OG edition might also be coming to NTWRK. Enjoying a red apple, the OG Ringorilla debuts in a white tee—with his name in Japanese— and jeans.