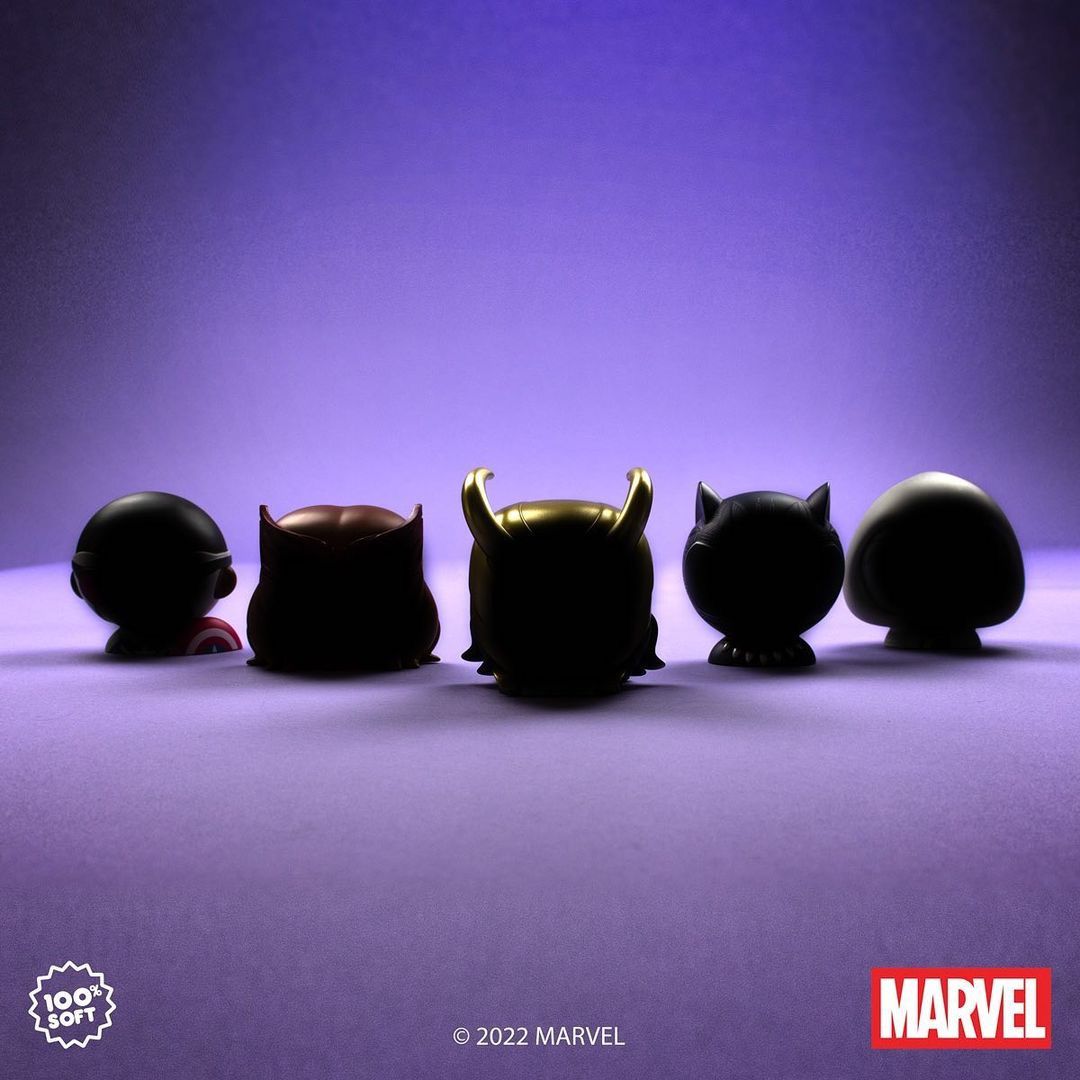 2/2
Previous Next
By: Jack Muramatsu
Incoming

SDCC is back (yay! It’s about time.) and 100% Soft, the folks behind the beloved and slightly infamous Dumpster Fire, are starting to reveals their Comic-Con plans. In fact, it turns out that Truck Torrence’s brand is taking their continuing collaboration with Marvel to the next level with what appears to be a series of toys featuring iconic Marvel heroes and villains.

While the teaser don’t reveal too much, the one on the left certainly appears to be Captain America and the one in the center could be Loki with his horned helmet. From the silhouettes, the series looks to feature mini busts similar in style to 100% Soft’s Marvel emoji and enamel pin designs. We’re looking forward to the full reveal.